ru
kz
Almaty, Dostyk Avenue 308 +7 727 264-64-54
About sanatorium
Sanatorium is located on south-eastern outskirts of Almaty, at the foot of Zailiysky Alatau, at an altitude of 1080 meters above sea level, in the zone of unique natural and climatic conditions, not far from the center of Almaty.
Home>About sanatorium 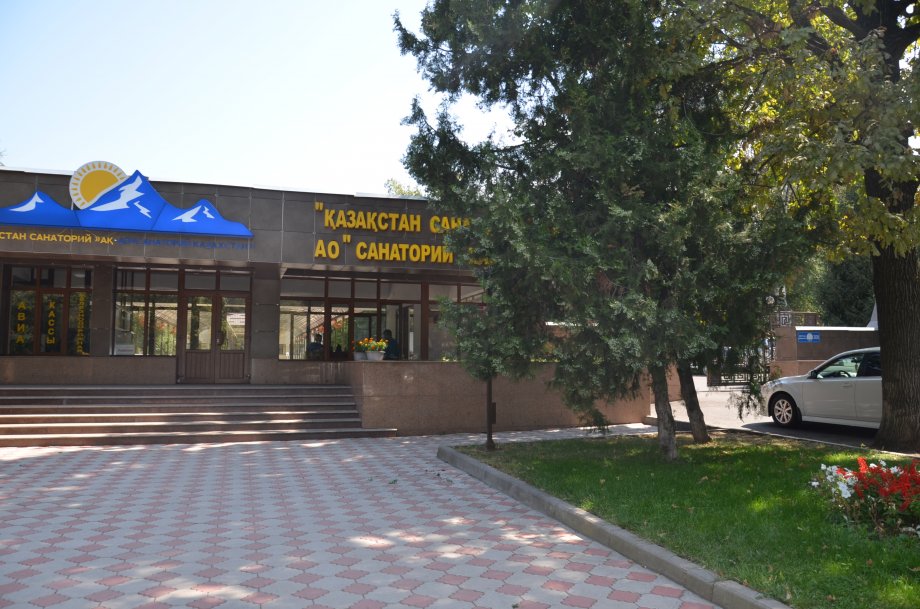 JSC "Kazakhstan Sanatorium" begins its history from July 1985, and was known as multi-resort "Kazakhstan" Sanatoriumof the Ministry of Internal Affairs of Kazakh SSR", intended for sanatorium and health resort rehabilitation and rehabilitation after hospital treatment. In March 1999, there was a merger of Sanatorium and the Ministry of Internal Affairs Hospital into one enterprise of the Republican State Medical Complex "Medical Complex" Kazakhstan"of the Ministry of Internal Affairs of the Republic of Kazakhstan, thereby implementing new approach to the activity and structure of health-improving institutions, providing comprehensive treatment - from full diagnostics to rehabilitation in combination with outpatient , in-patient and sanatorium-and-spa improvement.
The main distinctive feature of sanatorium is the availability of its own mineral spring, which was discovered in 1987 at depth of 2100-2300 m. Mineral water of similar composition is used for outdoor balneotherapy procedures that are successfully used at sanatorium. During the bath, mineral water affects the skin by pressure, temperature and salt formulations. As a result, distribution of blood improves, metabolic processes change, which contributes to the restoration of impaired functions in the body.
The most popular therapeutic procedures in sanatorium are mineral baths, hydropathic showers, salt mine, massages, ozocerite applications, mud therapy and physiotherapy. Over the years of its activity, JSC "Kazakhstan Sanatorium" has formed large team of professionals, providing continuous process of providing diagnostic, medical and spa services.

Over the years of its activity, JSC "Kazakhstan Sanatorium" has formed large team of professionals, providing continuous process of providing diagnostic, medical and SPA services.

Has been working in the sanatorium since 1985.

Pukazova Svetlana Mikhailovna
Doctor
Controls strict adherence to the established order of discharge to patients, taking food transfers and issuing additional meals to those who need enhanced nutrition; systematically monitors health status of the food unit. She has been working in sanatorium for more than 12 years.
Kabylbekova Aishajan Nametkazievna
Obstetrician-gynecologist
Has great theoretical and practical experience in the field of gynecological treatment. Provides qualified medical care in their specialty, using modern methods of prevention, diagnosis, treatment and rehabilitation, permitted for use in medical practice. She has been working in the sanatorium for more than 15 years.